Michelle Gumabao to be Disqualified?

Posted on March 16, 2018 by thepageantrynews 6 comments

Should Michelle Gumabao be disqualified at the 2018 Bb. Pilipinas Pageant? Yes and No.

Former De La Salle University (DLSU) volleybelle and Bb. Pilipinas 2018 Candidate Michele Gumabao is at the eye of the storm as pictures she posted on her Instagram® account is now the subject of her disqualification issue at the 55 year old national beauty pageant.

The photos, shot by celebrated photographer Jojit Lorenzo, showed the daughter of former public servant and actor turned pastor Dennis Roldan apparently clad in nothing trying to spike a volleyball while being splashed in water; her arm conveniently covering her breasts in the movement. 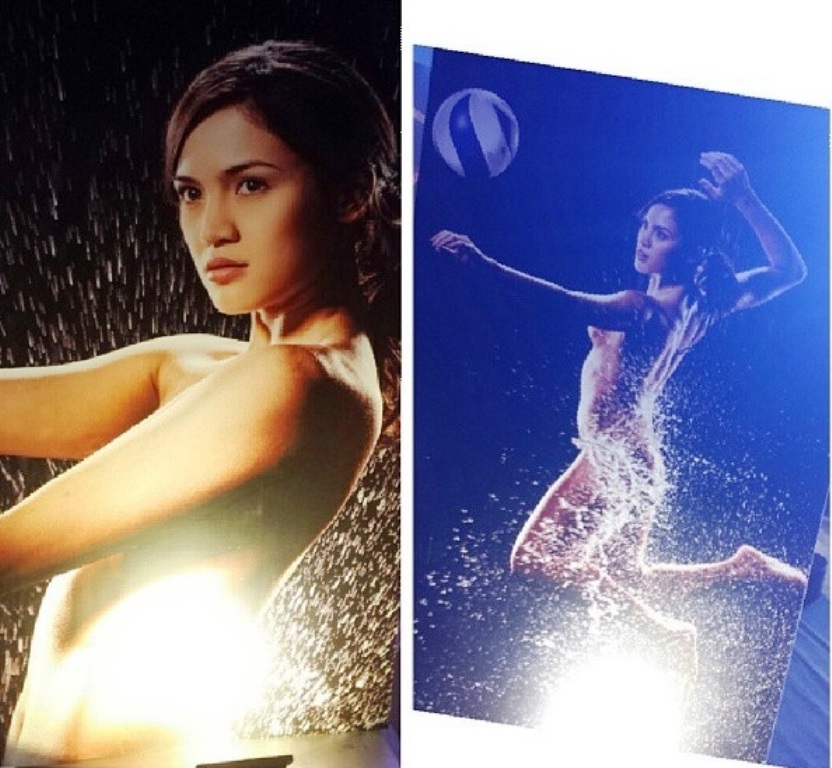 “I may have looked nude in the pictures, but when I first looked at them what registered in my mind was the very essence of why I love the sports because these pictures show women empowerment and strength and any person with a broad mind and sound judgement would see that,” Michele expounds. “This sense of nakedness is like me starting from nothing, humbling myself before God and explaining how I love playing even beyond fame, popularity and it’s much more than just my school, last name or jersey number. It’s about raw passion that keeps me going.”

So should she be disqualified as a Bb. Pilipinas 2018 Candidate?

Yes because Bb. Pilipinas should never have double standards and play favorites. The organization’s dogmatic approach on what is obscene or not may be outdated and largely unreasonable, but they have to be fair and consistent especially to the long list that meted their disqualification from the pageant. Grendel Alvarado and Jen Olivar for example were disqualified simply for posing topless – again with no sensitive parts being exposed – for a breast cancer awareness campaign. Sandra Seifert too was kicked out from the pageant. She participated in another contest and eventually won as first runner-up at Miss Earth 2009. Miss World 2013 Megan Young’s 2013 Bb. Pilipinas Application was reported to have been rejected. And in 2016, Janelle Olafson and Kim Ross De Los Santos were disqualified due to the rather outdated principles that govern the Bb. Pilipinas pageant. There is a long list and that should include Michelle Gumabao. 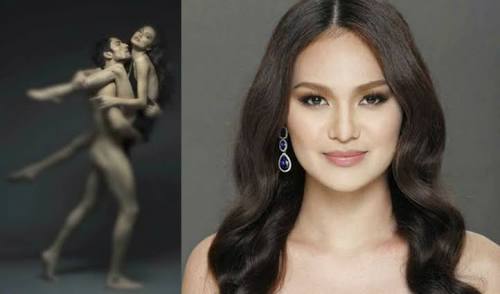 Disqualified Bb. Pilipinas Candidate Kim Ross and the photo that caused her disqualification in 2016 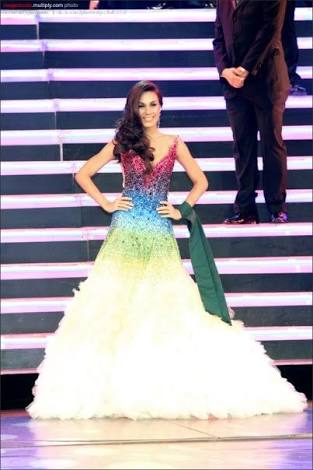 No. The nude photo of Michelle Gumabao is not obscene. This Bb. Pilipinas rule is simply outdated while they have their candidates Parade annually in bikinis wearing culturally-irrelevant Mardi Gras outfit on top of cars – the epitome of sexist car advertisements!

This “rule” may eventually take its toll on the organization. Remember that it was also pretty much obstinate when it comes to citizenship issues that saw the disqualification of the likes of this Bb. Pilipinas Universe Queens: Anjanette Abayari (1991), Janelle Bautista (1999) and Tisha Silang (1998). Had Bb. Pilipinas continued to clung rigidly to its dogmas, Venus Raj could have remained disqualified and it would be doubtful if the 2015 victory could have ever materialized.

So this Bb. Pilipinas Rule should be changed and updated. But in the meantime, Rules are Rules.