Let’s get to know further Katarina’s grandparents, her family tree, and Katarina’s ties to Davao, El Eco Davao (est. 1917), the musicals “South Pacific,” “Flower Drum Song,” “The World of Suzie Wong,” and “King and I,” and the Hollywood movie of Elvis Presley, “Gambit” 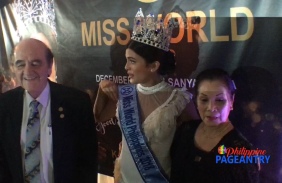 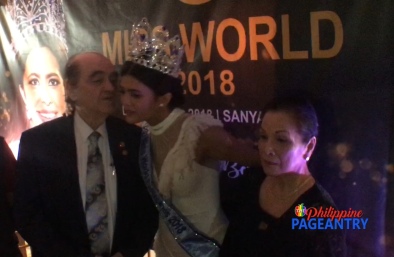 Joaquin “Jack” Rodriguez is a prominent businessman and the grandson of Judge Joaquin Rodriguez, who is one of the early law practitioners of Davao City. The Grandfather of Katarina’s grandfather was appointed de facto Davao governor by Gen. John ‘Blackjack’ Pershing in 1913. He also funded El Eco de Davao (The Voice of Davao) founded in 1917. It may well be considered as Davao region’s first newspaper in the absence of any contender.

Sonja Habana, on the other hand, belongs among the prominent elite families of Davao City. She is the daughter of Antonio Habana, Jr., a lawyer, political kingmaker, and one of the founders of Davao City. Her mother, Esperanza Acuña Arnaldo, was a cousin of President Manuel Roxas. Antonio Habana Jr. is the son of Capiz congressman Antonio Sr. who was married to the first cousin of post-war president Manuel Acuña Roxas.

Sonja is also the  founder of the Ave Maria Grotto and the lodging Casa Maria, and runs the Habana compound, a heritage house in Davao.

Upon the prodding of Reyes, she auditioned for the Philippine Festival, a family-oriented variety show at the Dunes hotel in Las Vegas. After becoming a  member of Actors Equity, she performed in such musicals as “South Pacific,” “Flower Drum Song,” “The World of Suzie Wong,” and “King and I.”

At 21, she met and married Filipino businessman Jack Rodriguez in Vegas. They moved to Hollywood where she became a member of the Screen Actors Guild. Sonja was a double for Swedish-American Ann Margret in an Elvis Presley starrer, “Gambit,” and played bit parts in  movies.

She later joined her husband in his postings in Thailand and Spain where they had a comfortable life in a villa in Costa del Sol, Malaga.